Hodaka's diary about lockdown and his 'fake school'

Hodaka is in Key Stage 1 - this is his diary entry 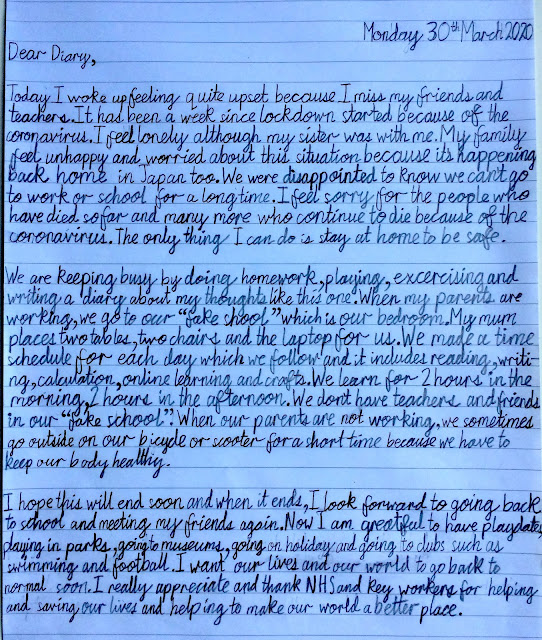 The clown who made a funny noise

From Yasmine in Key Stage 1 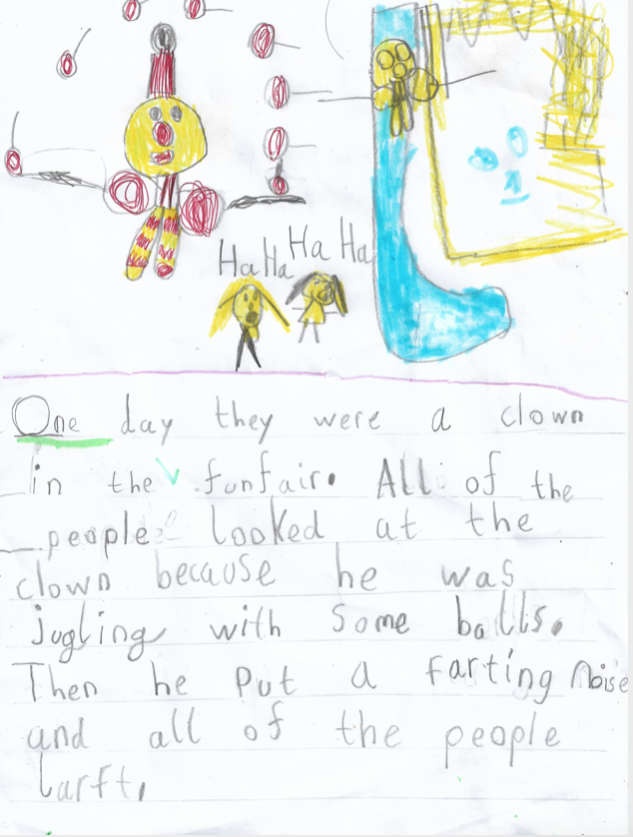 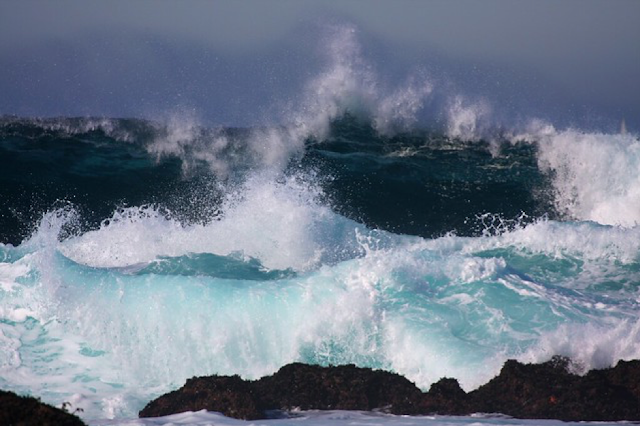 The soft, blue, translucent sea radiated by the glorious sunshine. I lay by the sea and close my eyes. I could hear the waves and the birds humming creating a wonderful harmony. I fall asleep.

Suddenly, I was slapped hard by a fierce wave, the horrid taste of salty sea water woke up all my senses. The water had poured into my nose and ears blocking all the pipes within me. The stench of dirty seaweeds was agonising as they crawled over my body.

Yet somehow I ran! I ran towards safety. The sea, as angry as ever, was roaring as the tides crashed.​ The sea bellowed as hard as it could as lightning approached. From a distance I heard a person in the sea screaming, ‘Help! Help!’ I turned around the sea was still growling at me. I wanted to help the man but I do not swim. I could only see his waving arms getting smaller and smaller and I just stood there staring at him...


The power of the angry sea, furious winds and gigantic waves is ruthless.