'The Lion, The Witch and The Wardrobe' - Edmund's Diary 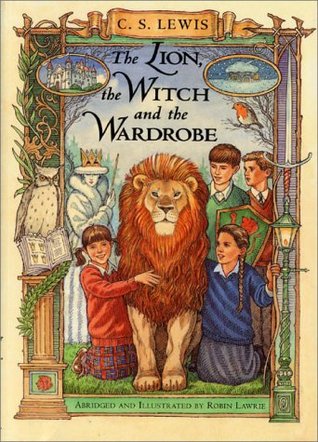 Children from this  Lower Key Stage 2 class have written diary entries​ based on the story "The Lion, The Witch and The Wardrobe" from Edmund's perspective when he ran away from the beavers' house to find the White Witch.

When I was eating dinner, I didn't enjoy it because I was too busy thinking about Turkish Delight. A few minutes later, I heard the others talking about a lion called Aslan. Slowly, to escape, I started to edge myself under the long dark curtain which hung over the door. Very quietly, turning the door handle and just before Mr. Beaver had turned his head around, I got outside into the snow and cautiously closed the door behind me.  I was relieved. After I left the house, even if it was cold, I planned to meet Aslan at the Stone Table. Since I was standing in the cold, I convinced myself to tell that the Witch is on the right side and everyone else is wrong. I am feeling cold, tired and scared because I thought that maybe The White Witch would not believe me.

Once I got outside, the first thing that I saw was cold, white snow slowly falling around me. After a while, I realised that the daylight was almost gone. It was pretty bad when I reached the far side. It was growing darker every minute, the beautiful snowflakes were all swirling round me, so I could hardly see three feet ahead. I kept slipping into deep drifts of white blanket, skidding on frozen puddles and tripping over fallen tree-trunks, and sliding down steep banks, and barking against rocks, till I was wet and cold and bruised all over.  I felt pain in my body, my feet were ice cold. Just then, I saw that the snow stopped. A strong wind sprang up and it became freezing cold.  The clouds rolled away and the full moon came out. A beautiful full moon, shining on all that snow made everything almost as bright as day. I would never have found my way if the moon hadn't come out . I had seen a smaller river flowing into the great one lower down. I was thinking no matter what, I had to make the best of it. I really think I might have given up the whole plan and gone back and owned up and made friends with the others. If I hadn’t happened to say to myself, "When I'm King of Narnia the first thing I shall do will be to make some decent roads." I set myself off thinking about being a King and all the other things I would do and this cheered myself up a good deal. I had just settled in my mind what sort of palace I would have, how many cars and all about my private big screen cinema and where the principal railways would run and what laws I would make against beavers.  Once a minute, I thought more and more how I hated Peter. Quite understandably, I felt loneliness.

Before long, I arrived to a part where it was more level and the valley opened out. And there, on the other side of the frozen river, but in the middle between two huge hills, I saw what must be the White Witch's house.  The full moon was shining brighter than ever above me. In my eyes, the house looked like a small castle that seemed to be made of towers.  Like a little towers with long needle sharp pointed spires on them. They looked like huge sorcerer's caps.

They were shining so brightly in the moonlight and their long shadows looked strange on the snow. That almost made me blind! Finally, I crossed the river on the ice and walked up to the house. Silence everywhere. Even my own feet made no noise on the deep newly fallen white shiny snow. The great iron gates stood wide open, I arrived. I saw something in the courtyard that nearly made my heart stop beating.  An enormous lion! A huge scary lion! I was afraid to go on and afraid to go back. My knees knocking together, aching in pain, my teeth have been chattering with cold and with fear. Immediately, I asked myself, how long this really lasted, I don't know?  I wondered, the lion turns its head?  I've got it! If the lion or dwarf never moved, I can escape! Suddenly, I remembered what the others had said about the White Witch turning people into stone. Perhaps this was a stone lion. I felt my heart beating rapidly! I was scared to touch the lion. But I did it! I was proud of myself. It was cold stone! I had been frightened of a statue! I was relieved.

I managed to get out from the awful siblings by hiding behind a colourful curtain.

Without a sound, I slowly & carefully opened the door of the house shaped like a bee hive.I purposefully left the house because I wanted my siblings to be a rough & old stone statue where I could say to the statues "hi Peter. I don't need your troubles any more”. I was planning to say to the witch  “Your Majesty, a beaver has an arrangement at the stone table with awful Aslan (the lion)".I feel I am scared about the queen if she does not give me Turkish Delight but I’ll be happy if she gives me more Turkish Delight and turn my naughty siblings into stone.

I was walking in the lonely, snowy & dark forest while I was thinking about the White Witch giving me lots of Turkish Delight & my wish  to rule Narnia so I could make decent roads & build a castle out of all the Turkish Delight in the world. I feel like very very lonely and dreadful. While I was walking in frozen puddles, with my eyes curious, I saw a very steep drop and a  frozen river as transparent as glass.

As soon as I crossed the half of the river, I saw a huge house kind of like a small castle. I saw lots and lots of huge towers (kind of lookout towers) and on top of them I saw spiky needles. I crept so nobody could see me and crossed the other half of the frozen river. As quick as light, I ran to find the door (gate). Once I opened the gate I freaked out to see a huge lion about to attack me. After a while, I came to know that this was a stone statue. Around the courtyard, were billions of beardy little people, also statues. As soon I saw this, I totally was thinking "would the White Witch turn me into a stone statue?" I felt as if I was about to faint or die. It felt horrible how people would be turning into stone, I hope it’s not me!!!!

Silently, when I was eating, I thought of delicious Turkish Delight, so I barely enjoyed my food. After a while, I listened and then I heard Mr. Beaver saying about the arrangement of meeting Aslan at the Stone Table. I felt a mysterious and horrible feeling from the word Aslan, so I sneakily decided to walk away unspotted whilst everybody was talking in the Beavers' house. As quietly as I could, I was turning the door handle, I heard about the White Witch that she wasn't really a human at all but half a Jinn and half a giantess. This made me to plan to tell the White Witch about the arrangement of meeting Aslan at the Stone Table because I didn't believe she was very bad.

Nearly asleep, I ran to the White Witch's castle. The first thing I forgot was my jacket. I could never go back, it was too late, it was around 3 pm. It was snowing very heavily, as I couldn't see further than 3 feet ahead. My feet kept slipping into deep drifts of snow. As I fell into deep drifts of snow, I kept on getting wetter and wetter. I was freezing of very cold snow and I couldn't think of anything but being the King of Narnia so it gave me power to settle future plans. The sky was as black as vantablack until, the clouds rolled away like curtains and the moon shone its beauty on Narnia. Finally, I reached the far side of the river where the snow was falling the most. I still felt a horrible feeling from the word Aslan.

Occasionally, as I was walking to the castle, the castle was getting bigger and bigger. I finally reached the mysterious and strange castle. I was walking from corner to corner then turret to turret till I reached the great enormous iron gates, which were widely opened. Eventually, I thought of an entry plan to run inside the gigantic castle to find the White Witch. As soon as I entered the courtyard, there was a huge lion in front of me. Suddenly, I thought my heart stopped beating from this experience. I was terrified and scared for my life. I realised that the huge lion was a great stone statue looking at a statue of a disgusting troll creature. Behind the cold stone statue, I was dumb to think that the huge statue of a lion was a real lion.

From Edmund
(Written by Benas)

Email ThisBlogThis!Share to TwitterShare to FacebookShare to Pinterest
Labels: 'The Lion, Chalkhill Writers, The Witch and The Wardrobe'

Parents and carers, you can share your child's writing on this blog with friends and relations by email clicking on the envelope symbol at the bottom of the post.

Chalkhill Primary School is in Wembley,England, famous for its national stadium. 84% of the children are learning English as an additional language. 46 languages are spoken across the school with Arabic and Somali the largest groups. Many of the children start and leave the school at ages other than the statutory 5 and 11. There are children beyond the age of 5 who have never been to school before. Some of the writing published here will be from older children at the early stages of learning English. School Website

This informative book is suitable for older children CLICK HERE

Type your name here to find your writing